History of AGRO. On the pulse of life of the country

Agro industrial exhibition "AGRO": On the pulse of country life 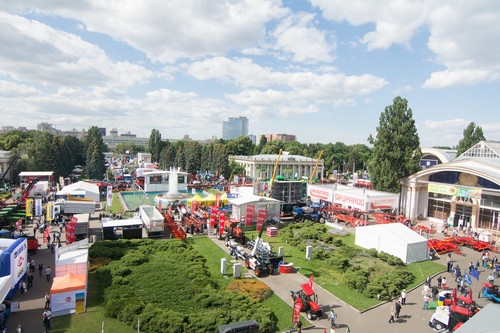 Agriculture has always been, is and will be a key sector of the economy of Ukraine. Favorable soil and climatic conditions, fertile land and hardworking active people are constantly moving the agricultural sector forward. Here, the most modern technologies and innovations are used, investors invest here, and in many respects thanks to agriculture financial stability and development of our state’s economy is ensured. In turn, the development of the industry is based on a regular exchange of technologies, experience and best practices, that is, on the achievements of large farms, farmers and individual farmers working in different regions of Ukraine. That is why from the very beginning of its foundation, the exhibition "AGRO", which is held in Kiev, has confidently gained popularity among suppliers of equipment and resources for agriculture, scientific institutions and, of course, Agro manufacturers. Today, participation or visiting “AGRO” has already become a real tradition and a good tone for professionals involved in the agricultural business. 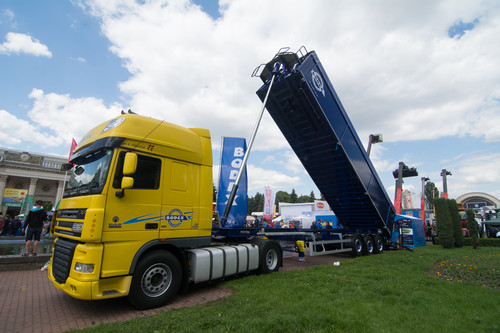 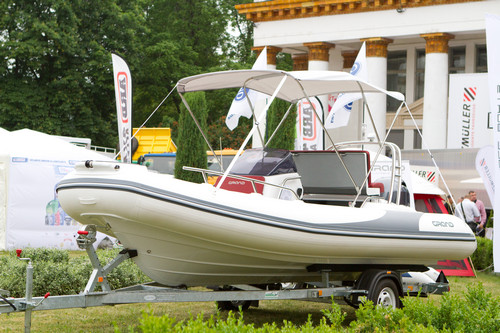 ... And it all began in the distant 90s in the village of Chubinskoe, located not far from Kyiv. The times then were frankly not the best for agriculture. Prolonged destruction of the old collective farm system, and new farms were only reduced to their feet. Interestingly, the first exhibition events of AGRO could take place two or three times during the year and were essentially an exposition of the “achievements of the national economy” together with the holding of animal husbandry fairs. It can be said that the AGRO exhibition developed in one breath with the development of the agrarian sector of Ukraine, and its flowering began in the early 2000s, continues today, when the largest agrarian forum of Ukraine found its home at the Exhibition of Economic Achievements. The interest of farmers in the exhibition grew every year, and it began to expand rapidly. 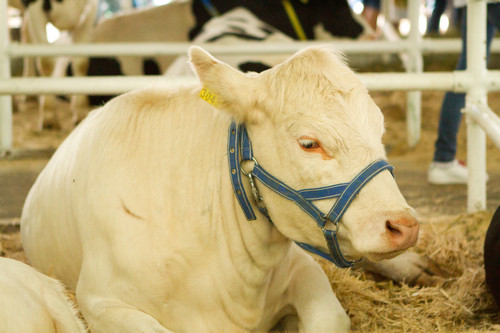 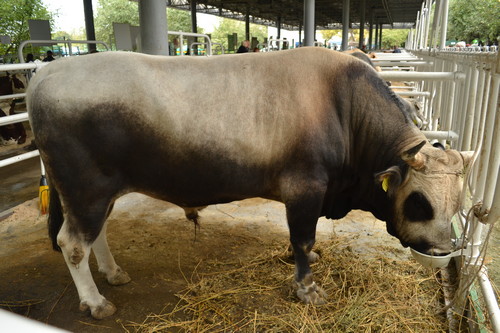 With the development of the agro-industrial sector of Ukraine and the rapid introduction of modern technologies, AGRO confidently declared itself to be the most visited and popular agricultural forum in Ukraine, and subsequently the whole of Eastern Europe. One by one, specialized expositions were added, taking into account the interest of industry-specific producers and farms, as well as the attempts of farmers to open new areas of Agro production. In addition, the organizers of AGRO constantly tried to be in the trend of modern trends in the development of the agricultural sector.
For example, in 2002, for the first time, a specialized exhibition organized an exhibition of agricultural animals, veterinary medicine and products for animal husbandry ANIMAL'EX-2002. At the same time, a separate pavilion was opened, where the practical achievements of domestic research institutions are presented. 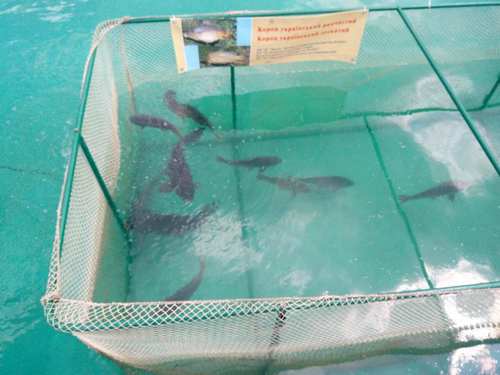 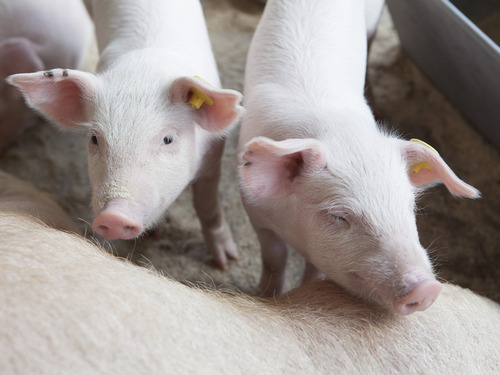 For example, in 2007, with the aim of developing and popularizing the fish industry, it was decided to allocate the thematic section of the Fisheries exhibition into a separate specialized exhibition of fisheries and fisheries FISHEXPO-2007. In its turn, the global tendency of traditional fuel resources to become more expensive prompted the opening of another one in 2008 as part of the exhibition, today one of the most popular expositions - Biofuels, dedicated to alternative ways of generating energy and saving energy.
It is important that in 2011, on an ongoing basis as part of the “AGRO”, the largest specialized exposition is being produced - ExpoAgroTech, in which the most popular manufacturers of domestic and foreign brands are traditionally taking part. No other agricultural forum in Ukraine can simultaneously examine such a large number of new models of agricultural equipment and equipment. 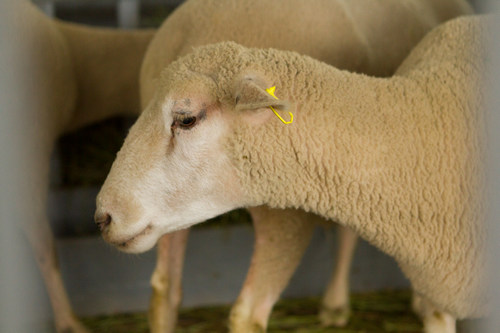 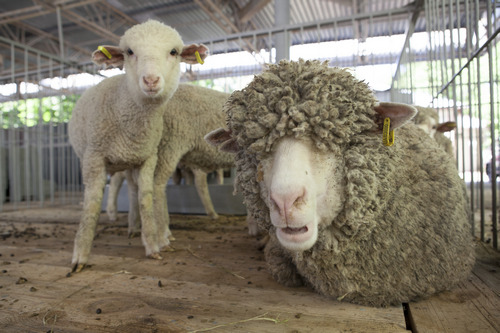 A little later, the organizers of AGRO noted the rapid introduction of modern technologies in the agro-industrial complex of Ukraine by introducing a separate specialized exhibition Hi-Tech Agro, dedicated to the exact solution and automated systems in the agricultural sector.
Different sites were chosen for the holding of AGRO, in particular, the territory of the International Exhibition Center, but over time it became clear that the territory of the National Complex Expocenter of Ukraine - VDNG was most suitable for comfortable participation in the exhibition. Here it was possible to create optimal conditions for the placement of one of the decorations of the event - exhibitions and sales of animals and birds, as well as to provide excellent conditions for work and rest of all AGRO guests without exception.
The exhibition has always been based, on the pulse of a country's life. In particular, in 2015, within the framework of AGRO-2015, a pavilion dedicated to the antiterrorist operation in Eastern Ukraine was established. In the pavilion were presented personal protective equipment, ambulances, children's drawings, which volunteers transferred to the ATO zone, as well as weapons, including the legendary Maxim machine gun, which defended Donetsk airport. And it is not by chance, since it is up to agrarian farms that a significant part of the assistance of the army falls, and many workers of the agricultural sector participate in the defense of our Fatherland.
In general, the life of the country is more fully reflected in the work of the exhibition. For example, traditionally one pavilion is allocated for exposure with the achievements of the agro-industrial sector in different regions of Ukraine.
In recent years, the AGRO exposition has been replenished with a number of additional specialized exhibitions. This is a separate exhibition on the construction of Agro Build-Expo, as well as ECO HOUSE and Modern Farmer expositions opened in 2017. 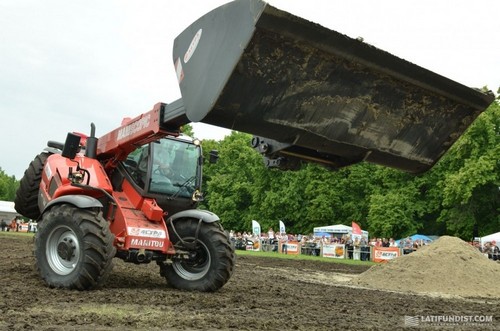 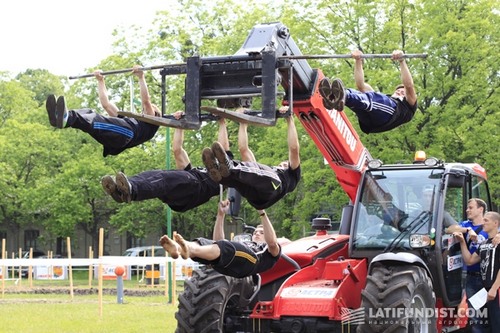 Interestingly, the organization of the exhibition (and this is not an easy task!) Until now, along with the new generation of employees, employees who were engaged in holding the first exhibitions participate.
Therefore, yesterday, and today, and we hope in the future, the program of the exhibition “AGRO” has always been interesting and rich for participants and guests. Competitions of tractor drivers, operators of loaders, dragging tractor tractors, concert programs, livestock demonstrations, trade fairs, exhibitions of the achievements of folk craftsmen and just a good mood - everything is there, and not least, the program of the event is constantly updated and supplemented.
Traditionally useful for the participants is the business program of the exhibition - workshops, conferences, presentations, round tables, which are attended by top managers of large agricultural enterprises and small farmers. 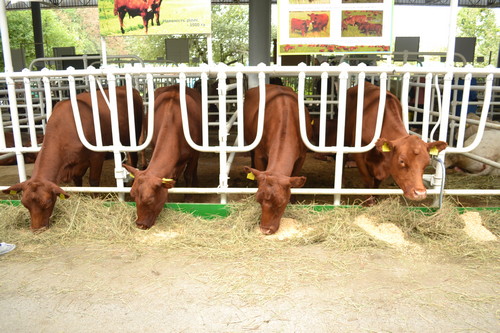 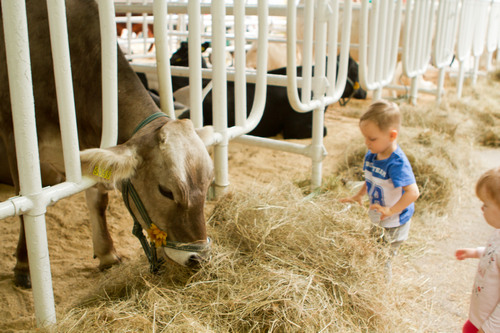 The exposition “AGRO” designed for specialists is a multi-profile event, within which 12 specialized exhibitions are held at once. It:


We will add here such festival events as Agro Auto Show - automobile festival, exposition of passenger and commercial cars and AgroFoodFest - thematic festival, exposition of restaurants and craft producers, traditional Fair, Auction of breeding animals, demonstration pools with samples of commercial fish species and Exposition of boats and boats , to understand what will be interesting to all. Every year it is becoming more interesting, since the exhibition is developing together with the agricultural sector!

Protecting your personal data and your general personal rights in collecting, processing and using your personal data is important to us. Accordingly, we are committed to complying with the data protection laws in place. We have briefly summarized for you what we do to protect your data and what using our online offering will entail for you.

The term "personal data" refers to information that is expressly collected and used in order to determine your identity. This includes your name, your postal mail or e-mail address, for example. We store personal data in addition to the access data only if you have provided them to us of your own free will, for example when you register with us (on this, please see our data protection rules for exhibitors and the privacy statement for visitors, which are published on the websites of our fairs), or when you take part in a survey, contact us to identify an appropriate partner for your needs, or subscribe to a newsletter. Personal data will be used only in the scope in which this is necessary, and only for the purpose that you have approved or that is legally admissible.

In order to enable us to comply with our contractual obligations, we will sometimes forward your data to group companies of «Agroexpo-group», LLC and to selected partner companies, who will then process these personal data on our behalf. These services include, to cite some examples, mailings, construction services for stands, and catalogue entries. Data will not be forwarded to third parties in any other way unless you have expressly agreed to this being done, or unless statutory provisions place us under obligation to forward them to public authorities.

As a user, you have the right to obtain information as regards your personal data that have been stored, at no charge, if you so request. Additionally, you are entitled to have these personal data corrected, blocked and deleted in accordance with the stipulations of the law.

Some of the fairs we organize integrate social plugins (referred to as "plugins" hereinbelow) into their websites; these plugins are offered by the social network facebook.com, operated by Facebook Inc., 1601 S. California Ave, Palo Alto, CA 94304, USA ("Facebook"). The plugins are marked by a Facebook logo or will consist of a “Like” button. Whenever you access a page of our website containing such a plugin, your browser will create a direct connection to the Facebook servers. Facebook will directly transmit the plugin content to your browser, which in turn will embed it into the website. These embedded plugins will inform Facebook that you have navigated to the corresponding page of our web offering. Should you have logged onto Facebook, Facebook will be able to correlate your visit to your Facebook account. Should you interact with the plugins, for example by clicking on the "Like" button or by posting a comment, your browser will transfer the corresponding information directly to Facebook and it will be stored there. Please access Facebook's Data Use Policy site to obtain further information on the purposes pursued by Facebook in collecting data, the scope in which it does so, as well as the further processing and use of such data; the policy also addresses your rights in this regard and the settings you may select to protect your privacy. Should you not wish to allow Facebook to use our web offering in order to collect data about you, all you need to do is log out of Facebook prior to navigating to our website. However, it may still be possible for Facebook to identify you as a user of our website, using your IP address, even if you have not logged onto Facebook before.